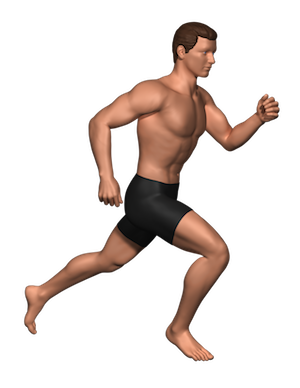 Low back pain is the single leading cause of disability worldwide, according to the Global Burden of Disease 2010.  As much as 80% of the population will experience a back issue at some point of their lives. Back pain is also the second most common reason for doctor visits following upper respiratory infections.  Americans spend a conservative figure of $50 billion annually on back pain. There are many studies confirming chiropractic success with lower back pain. Millions of Americans seek chiropractic care as an alternative to drugs or surgery.

We will review some of the most common lower back pain causes:

This is a sideways or lateral curvature of the spine.  As the curve progresses laterally, so does the rotation of the vertebrae.  It has a genetic predisposition and is more common in females. In females, the onset of menses is important in scoliosis patients as it signifies the termination of the rapid growth phase during adolescence.  Causes may be higher leptin levels, anantomically short leg on one side, a wedged vertebrae in the spine and misalignment of the first cervical vertebra (Atlas) which may begin at an early age. The upper cervical joints are rich in proprioceptors (nerve receptors for positioning).  Chiropractors will evaluate the spine for a mechanical cause of the scoliosis. If found, treatment may be of benefit for individuals with alleviation of joint subluxations and increased spinal flexability.

This is a narrowing of the canal within your spine that houses the spinal cord.  Spinal stenosis occurs most frequently in the lower back and neck. Symptoms are numbness and tingling in the arms, hands, legs or feet as well as weakness in the arms or legs.  Patients also complain of bending backwards and looking up. Stenosis is usually causes by a combination of the following that can protrude inside the canal: disc herniations, joint arthritis and enlargement of the ligament behind the discs.  This scenario decreases the space for the spinal cord and nerves. The typical sufferer will walk bent forward or will keep their head down as this posture relieves discomfort. Stenosis can be seen in younger ages but is more common in older patients.  Chiropractic adjustments may help to take pressure off the nerve structures thereby relieving pain.

This condition may require the greatest number of visits to help achieve relief.  These are congenital spinal anomalies where the last lumbar (low back) vertebrae takes on the characteristics of the sacrum.  These are more unstable when only one side of the segment is connected with the other side being free. More than 50% of these patient have a scoliosis and 33% with disc displacements.  These cases have to be treated very specifically chiropractically due to their instability.

The sacroiliac joints (SI joints) are formed from the articulation of each side of the sacrum to each back portion of the pelvis called the ilium.  These are in the dimple area above each buttock. So, we have two sacroiliac joints-one on the right and one on the left. Although the motion in these joints is measurably small, it is extremely important to accommodate proper motion especially when bending forwards and backwards and from sitting to standing.  These joints can move up, down, in or out. Like many joints in the lower spine region, they do not seem to like twisting too much especially when bent forward. This joint, along with the TMJ, is the most richly endowed with nerve receptors for positioning. Dysfunction of these joints is one of the most common complaints for patients presenting to chiropractors.  As you can imagine or have experienced firsthand, SI dysfunction is common in pregnancy but anyone can experience it. The great majority of times, the pain is on one side and the pain can radiate into the lower back, front of thigh, groin or buttock. Chiropractors will evaluate proper motion in these joints as well as muscle tightness in the area. Based on the improper positioning of the joint, it can be adjusted accordingly.

Spinal discs lie between two vertebrae with the lowest disc lying between the spine and the sacrum.  Anatomically, discs have an outer layer called the annulus fibrosis. It is made up of fibrocatrilage which is the strongest type of cartilage in the body.  Its purpose is to withstand compression which it does very well. If a healthy disc is sufficiently compressed between two vertebrae, the vertebrae will fracture before the disc will rupture.  The inside of the disc is called the nucleus pulposus which is made of glycosaminoglycans (GAG). It functions to act like a shock absorber/ ball bearing and to absorb water; up to 9 times its own weight.  Injuries to the discs of the lumbar spine (low back) are very common. When a disc herniates, it usually goes straight back, to the left or to the right. These herniations can put pressure on the nerves coming out of the spine.  Because the nerves in the low back travel down the buttocks and legs all the way to the toes, patients may experience pain, numbness, tingling or weakness down the legs and feet. Many people present for chiropractic as a last resort for relief of disc problems.  Many are happy they did.

Spondylolisthesis is a forward translation (motion) of one vertebra on the vertebra or sacrum below it.  Retrolisthesis is a backward translation of one vertebra on the vertebra or sacrum below it.  Causes of spondylolisthesis can be congenital (from birth), degeneration or trauma as in hyperextension.  A stress fracture may occur where the joints meet. This is called a spondylolysis. This will also allow forward slippage of a vertebra (most commonly L5).  Spodylolisthesis can be stable or unstable, meaning there is more shifting of the vertebra with certain motions. When a vertebra slips forward or backward on another vertebra or sacrum, the disc in-between is also injured and torn to a degree.   Power lifters show a higher degree of spondylolysis due most likely to hyperextension. Football linemen are also affected to a higher degree as well as gymnasts, wrestlers and parachutists. Helicopter pilots, due to the vibrational forces, have significantly higher incidence of spondylolisthesis.  The question is, is the spodylolisthesis or spondylolysis the cause of pain? In general, the younger the patient, the more likely it probably is the cause. In patients over 40 years old, it rarely is the sole cause of pain. It is very common to find tight hamstrings and disc degeneration in patients with sponylolisthesis.  With retrolisthesis, there is increased joint loading as in previously mentioned facet syndrome. This causes a backward displacement of one vertebra on another. Chiropractic’s role is reduction of the displaced disc, hamstring stretches and stabilization of the problematic spinal region.

This is also one of the most common factors seen in chiropractic offices.  It is most common at the last lower back joint (L5-S1). The joints in the lumbar spine (low back) are oriented to bend forwards and backwards.  They do not like rotation too much. They usually occur on one side. There is extreme tenderness at the joint and most times bending backwards is more painful than forwards.  The joints of the spine are not well designed to resist compression as this is more the function of the discs. Degenerative discs; due to the fact that their ability to resist compression is now altered; place more compressive load on the joints.  The capsule of the joints is rich in nerves for pain sensation. An increased lateral or side angle of the sacrum can also play a role in causing facet syndrome. The pain can be felt in the lower back, coccyx, groin, back of the hip and thigh or up into the mid back.  Chiropractic evaluation and treatment are aimed at improvement of transport of metabolites into the discs and reduction of stress and increased motion into the joints.

Compared to laying down on your back, when you are sitting, bending forward and lifting, there is 11 times more pressure on your third lumbar (low back) disc.

This fun fact may not be so fun!!